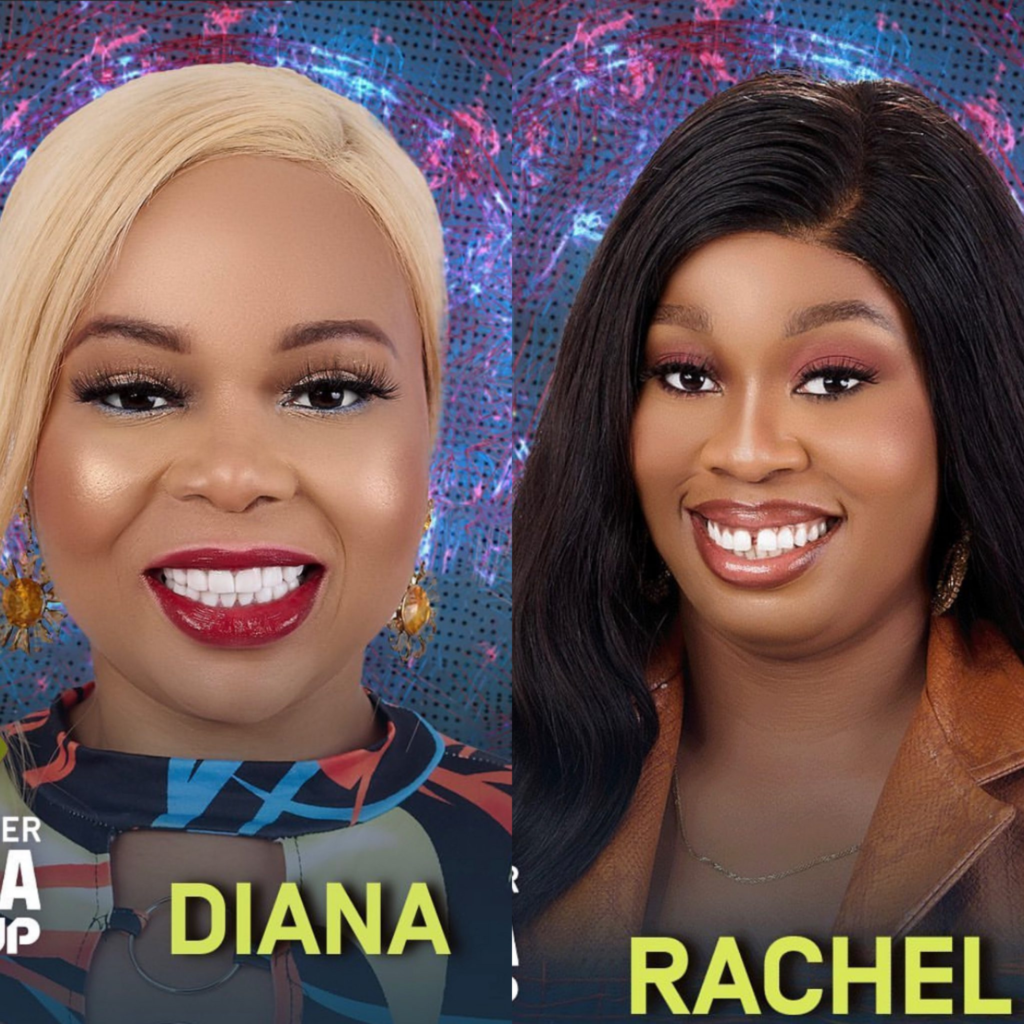 BBNaijaS7: Housemates Rachel And Diana Fight Dirty Over A Man

This happened just a few minutes after the Saturday night party because of the male housemate, Giddfia.

Rachel had approached Giddyfia, telling him she needed to have a discussion with him over their closeness.

This almost caused a fight between the two female housemates, who had to be separated by the other housemates.

Speaking to Bella after the fight, Rachel said she has no feelings for Giddyfia. She added that she will not reconcile with Diana.

“I don’t like Giddyfia, I did not come to Big Brother to find love, but what I came here for. If she likes him, she should go for him and leave me out of it.

“I’m not confused in this house; I’m focused, so nobody should take me for granted,” Rachel said.