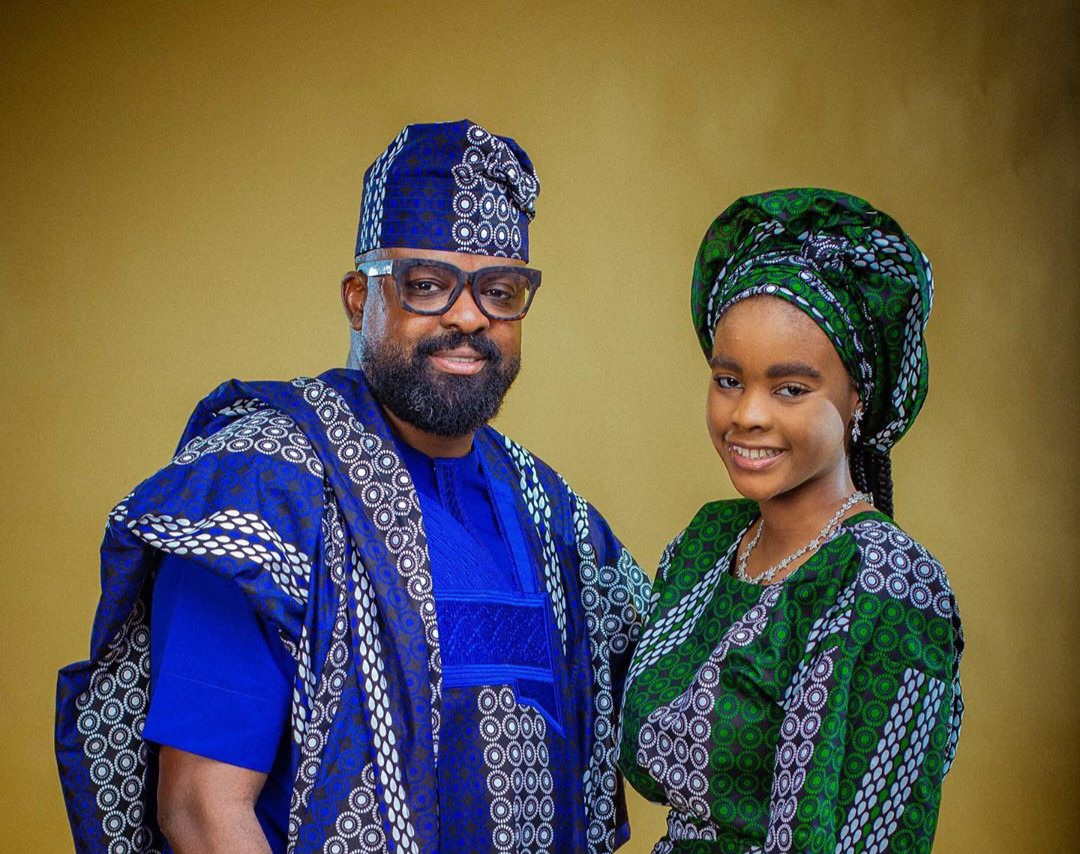 Why I Cast My Daughter In Anikulapo Movie- Kunle Afolayan

Veteran actor and movie producer, Kunle Afolayan, has explained why he cast his daughter, Eyiyemi Afolayan, for the role of Princess Omowunmi in his recent release, Anikulapo.

Afolayan, who posted a short video clip of his daughter and himself on his Instagram handle on Wednesday, said the role required somebody beautiful and his daughter is definitely beautiful. He added that the young lady is also a good singer as well as natural at acting.

Eyiyemi is Afolayan’s first child and she made her debut appearance as an actor on the set of Anikulapo.

Afolayan said, “If you want to portray the role of a princess, I think there is no giving that the person has to be beautiful and she is beautiful.

“It felt good because I did not have to pay her, even though I was paying her directly or indirectly.”

When asked about her role as Princess Omowunmi in the movie, Eyiyemi said, “Omowunmi is very foolish because Saro never proposed love to her but she already started having ideas in her head. She is beautiful no doubt, but also gullible.”

A statement by Kunle Afolayan Productions, seen by Punch, commenting on the debut of Eyiyemi, “Train up a child inq the way he should grow so that when he is old he won’t depart from it. It is obvious that Kunle Afolayan takes it upon himself to imbibe valuable teachings in his children. Everyone attests to how respectful they are and humble regardless of their father’s societal status.

“Not only is Eyiyemi Afolayan natural at acting, her father attests to the fact that she sings well too, just like her brother Diekoloreoluwa Afolayan – Kunle Afolayan’s second child and first son.”

Afolayan’s blockbuster was ranked number one by Netflix in its weekly global chart for the most-viewed non-English Netflix original movie between October 3 and October 9, 2022, with 8,730,000 viewed hours.