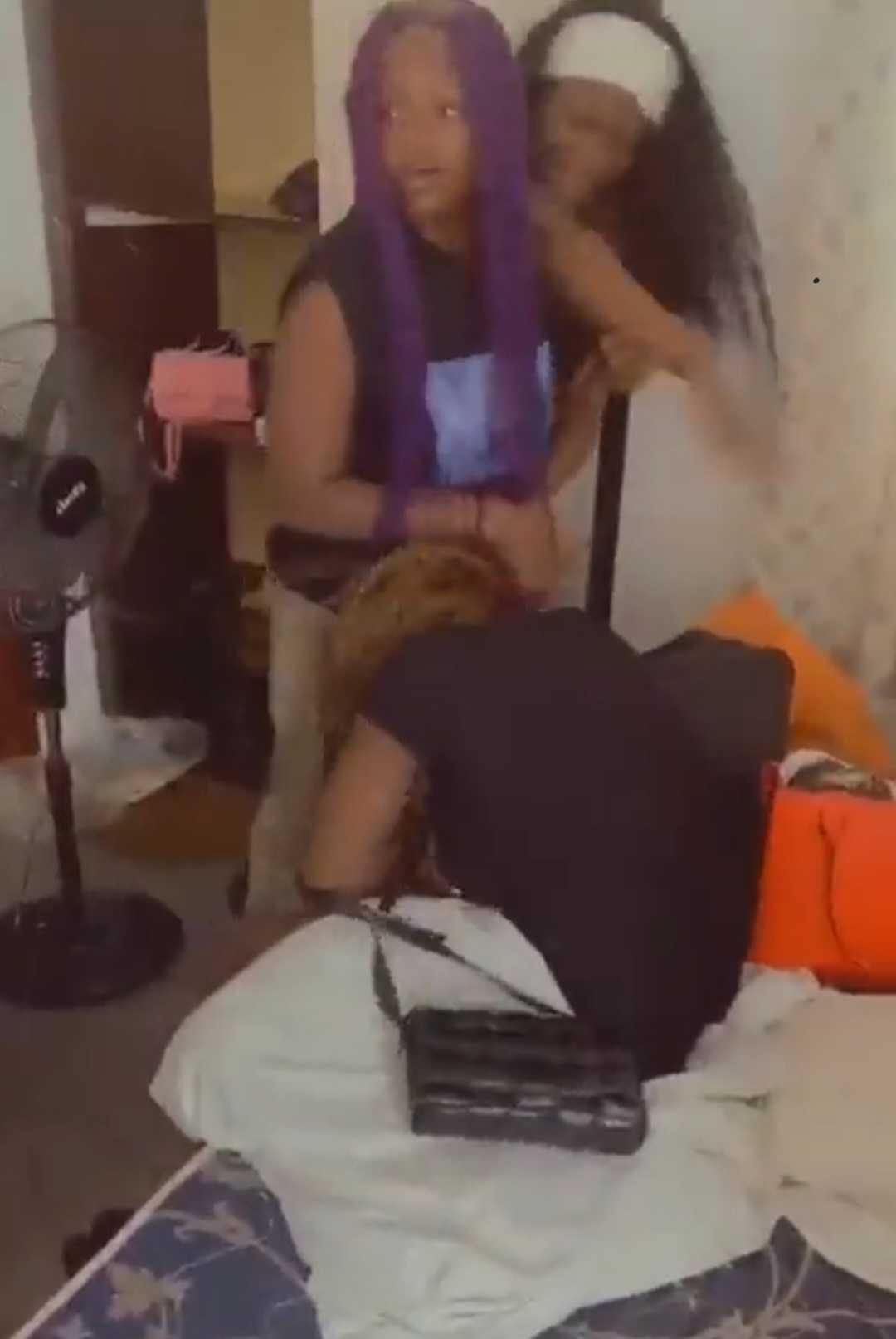 A lecturer and his children attacked a lady, stripped her naked, and flogged her for attacking his daughter and the video of the initial attack has emerged.

Dr Fred Ekpe Ayokhai, a lecturer at the Federal University of Lafia, and his children were filmed attacking a lady named Blessing Mathias in Nassarawa state.

In one of the videos from the attack, Dr Fred is seen using scissors to cut off Blessing’s blouse while she begged for mercy.

Blessing holds her blouse tight with her hands to protect her modesty but Dr Fred’s sons are heard telling her to remove her hand so their father can successfully cut off her blouse without touching her breasts.

They also told her to apologise to their sister Emmanuella for hurting her.

Blessing obeyed and apologised to Emmanuella, but the latter refused to accept the apology.

Dr Fred then continues cutting Blessing’s top, and leaving her naked from the waist up, they made Blessing lie down on the floor and all members of Dr. Fred’s family flogged her mercily.

The video sparked outrage and many called for Dr, Fred and his children to be prosecuted.

It will be recalled that Blessing was the first to attack Emmanuella over a man.

A video of Blessing assaulting Emmanuella while she begged was also shared.

However, social media users have insisted that the initial attack carried out by Blessing did not warrant the counter-attack she suffered from Emmanuella’s family.

The some of you jump into conclusion ehn, imagine what the same girl did to Emmanuella first 🤦… So be sincere… If she did this to your sister will you let it slide? pic.twitter.com/CtmFyFFrVA

Watch video of the revenge below…

What the hell is happening in Lafia??? pic.twitter.com/B0jfGNE0Z4