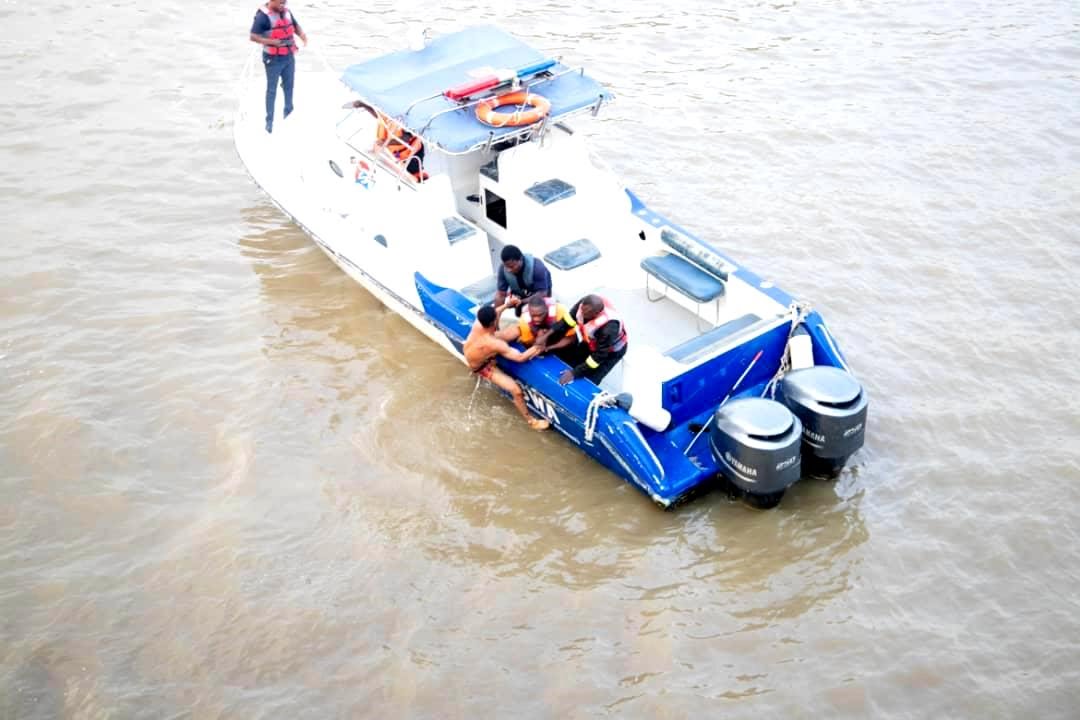 A yet-to-be-identified lady reportedly jumped into Lagos Lagoon from the Third Mainland Bridge, in an apparent case of suicide.

At the time of filing this report, rescue team were still searching for the body of the lady.

According to The Punch report, the Permanent Secretary of Lagos State Emergency Agency, LASEMA, Dr Femi Oke-Osanyintolu, who confirmed the incident said: “Upon arrival of the LRT at the scene, an investigation revealed that a lady in her late 30s plunged into the Lagos Lagoon.

“Further investigation revealed that the lady alighted from a commercial cab on the bridge and suddenly plunged into the lagoon.

“The driver of the taxi claimed that earlier she was having a heated conversation with her fiancé over her mobile phone before alighting and jumping into the lagoon.

“The LRT, men of Lagos State Fire and Rescue Service, Lagos State Waterways Authority, LASWA, and officials of the Department of State Service, DSS, are still searching for the victim.”

Meanwhile, Onyxnewsng learnt that Oke-Osanyintolu, lamented the spate of suicide, particularly on the Third Mainland Bridge.

He said: “Every 40 second, someone thinks about committing suicide and eventually does.”

It is instructive that the 11.8 kilometres length, of the bridge over the lagoon had witnessed series of suicide cases in the last four months.

The bridge, since it was opened in 1990, has served as the major route from the Mainland to Lagos Island, Victoria Island, Lekki, Ajah and Epe, where thousands of residents commute daily.

Recall that sometime in October, a yet-to-be-identified man was captured in a viral video jumping into the Lagoon after he was reportedly accused of stealing.

A Facebook user, Ngozi Blessing, shared videos of when the man was addressing some onlookers and the moment he jumped into the Lagoon.

Blessing, in the post, alleged that the man took to suicide because he was framed for stealing a huge amount of money, which he denied knowledge of.

In a text accompanying the video, Blessing wrote: “He was saying that they framed him; that he stole a huge of money which he did not.

“And they said they give him 24 hours to refund the money but that he did not steal.

“For him to eat once in a day is a problem, so where will he get that kind of money from within 24 hours.

“So he is tired of life and so he jumped off the bridge.”