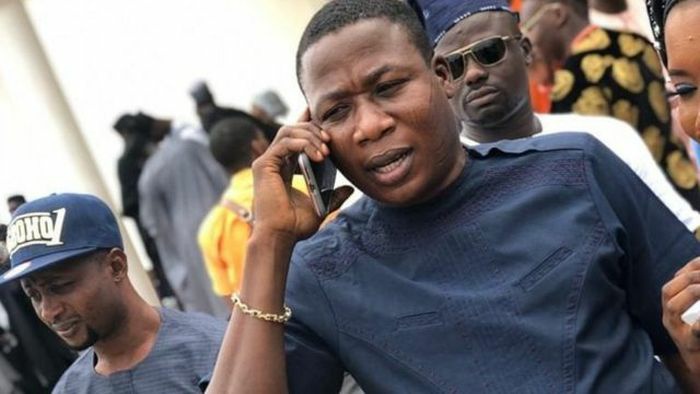 According to Tosin Osho, a journalist, the popular Yoruba activist, Sunday Igboho is ‘missing’

His rise was sudden because no one took him very serious especially when he issued a warning to Fulani herders in Ibarapa, Oyo state to exit the state in seven days and failure to do so will result in forceful eviction of herders in that area.

When the video of his warning reached the public space, people hailed him but I’m very sure no one thought he meant his words until the seven days ultimatum expired. Sunday Igboho stormed Ibarapa with some of his men, and evicted so many Fulani herdsmen including their leader, Sarkin Fulani who until now, has not dared to return to Oyo state.

This move by him was greeted with mixed reactions; He was praised by the masses but castigated by the government. The resilent Sunday Igboho didn’t mind the castigation of the government, rather he continued with his course to evict all killer Fulani herdsmen from the whole of south west.

Just few weeks after the Oyo incident, Sunday Igboho stormed Ogun state and also flushed out some Fulani herdsmen though this caused serious crisis as the governor of Ogun, Dapo Abiodun frowned at this move by the celebrated Activist.

Even though he stepped on some toes, but he had the love and support of the masses, infact, there was never a day that Sunday Igboho’s name didn’t make headlines.

He and some people then pushed the Yoruba nation agenda, and kept on going from one state to another to preach the gospel of Oduduwa Nation, however, few months later, It seems everything is gradually going down the drain.

The once buzzing Sunday Igboho that was always talking, granting interviews is no longer been heard by people, infact, He has been off the media scene for a while, won’t this lead to the end of the dream of having Oduduwa Nation and what he has fought for?

Sincerely, Sunday Igboho has gone to far in this struggle than to keep quiet at this time, what has made him silent for sometime now?